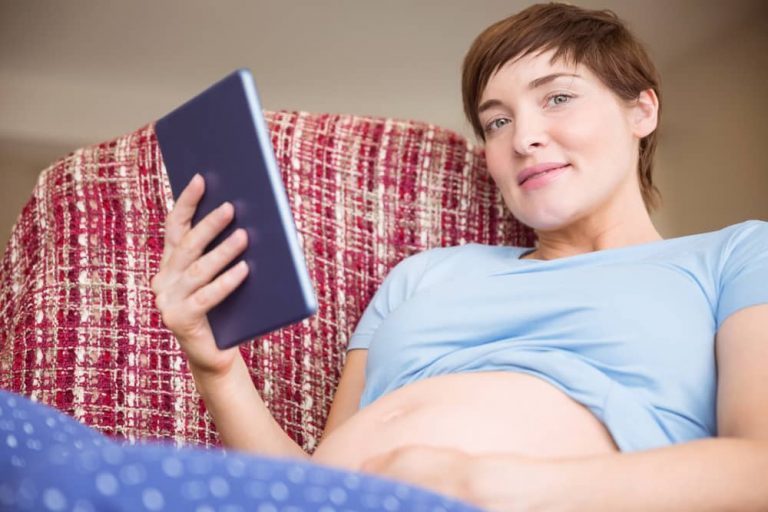 While being a mother is one of the best things in someone’s life, you have to cope with many difficulties during this journey. Getting a night of good sleep may become harder than before when you are pregnant, especially when your fetus is big.

You always want to find yourself in a comfortable sleeping position, and finally, you get it while sleeping in a recliner. But you may wonder: can I sleep in a recliner while pregnant?

Don’t worry too much! Sleeping in a recliner is generally safe for a pregnant woman. Still, we want to illustrate more in detail not to miss any important information about this topic.

Why is Sleep Important During Pregnancy?

Sleep quality is vital for both woman and fetus. Pregnant women who lack sleep may run a risk of developing pregnancy complications. These health issues may include high blood pressure, gestational diabetes, and long labor.

Sleep can boost your immune system and make blood vessels restore themselves. This is crucial for the fetus as well. It ensures the fetus could get enough support from the mother.

Therefore, making a pregnant woman sleep better is crucial, and a recliner is what she always looks for.

Health Problems A Pregnant Women May Have While Sleeping

As we said, you have to face an array of discomforts during pregnancy. You may develop some health problems that you have never had before. These conditions could affect your sleep negatively.

Your partner may tell you that you snored loudly last night, but you don’t snore before pregnancy. Do you feel tired after waking up? This is quite common for pregnant women, and you have likely developed sleep apnea.

Sleep apnea is a serious sleep disorder that occurs when your breathing is interrupted while sleeping. As your uterus grows, it will limit the lung’s function, but your oxygen consumption increases when you are heavy with child. In addition, the increased fluid retention in capillaries could narrow the airway in the throat, making breathing even harder.

The interruption of breathing could lead to the lack of oxygen which is harmful to the fetus. When treating sleep apnea, people often use positional therapy. You need to sleep on the side or slightly elevate your head. Some people with sleep apnea like to sleep in a recliner because they can quickly achieve these positions while laying on it.

Acid reflux is another common problem for a pregnant woman. Our hormone level changes during pregnancy and relaxes the muscle between the esophagus and stomach. This muscle act as a valve between these two organs, and if it doesn’t work, the stomach aid will go back to the esophagus.

Sometimes you will get a feeling of heartburn, and acid reflux is the culprit. Sleeping in a more upright position could stop the acid back to the esophagus thanks to the help of gravity.

You can use pillows to prop up your head or sleep in a recliner to keep the acid down.

Restless leg syndrome often happens in the elderly, but it is common to see in pregnant women. It is an urge to move legs when you are relaxed. This will lead to sleeplessness while pregnant. This may be related to iron deficiency.

You should consult your doctor about this subject, but in general, sleeping on the side is recommended once you get to about 20 weeks. You can find a lot of information that advises you to sleep on the left side. However, sleeping on the right side is perfectly OK.

Sleeping on the back while pregnant is risky, especially at the second or third trimesters, as the weight of your growing baby will decrease the circulation of a major blood vessel called the Inferior Vena Cava (IVC). This compression causes insufficient blood in the heart, which will be pumped back to the adult and fetus.

But is it OK if you sleep elevated on your back? It is generally safe if you sleep in a mostly upright position in a recliner.

Is it safe to sleep in a recliner while pregnant?

Yes. It is usually safe to sleep in a recliner during pregnancy as long as you don’t lay flat on the recliner. Plenty of women feel comfortable sleeping in a semi-sitting position while pregnant, and that’s what a recliner can do for you.

You can set a semi-sitting position and sleep on the side in a recliner. We should also put enough pillows to get enough support for your body.

By sleeping in a recliner, sleep apnea and acid reflux conditions will likely be improved, which will benefit you a lot for yourself and your baby.

Except for sleeping in a recliner, there are a few ways to help you sleep better while pregnant.

Doing some exercises is always great for pregnant women to improve sleep quality. But remember, don’t do it before you go to bed.

If you suffer from restless leg syndrome, talk to your doctor and see if you need any food supplements.

Besides, buy a few pregnancy pillows and remember to put some pillows between your knees. It will make your body more comfortable while sleeping on the side.

So the answer to “can I sleep in a recliner while pregnant” is generally yes. Sleeping in a recliner in a semi-sitting position or on the side could not harm yourself and your baby. Actually, it could even help treat sleep apnea and acid reflux which are common during pregnancy. One thing worth mentioning is that you need to get yourself some pillows to make you sleep in a recliner more comfortable.

It would be best if you asked your doctor before moving to a recliner for sleep.

Rachelle is the founder of Best Chair Finder. She is a fanatic of home improvement, and as an engineer, she knows well about each chair's mechanism. You can find her story on the About page.

You May Also Enjoy These Articles 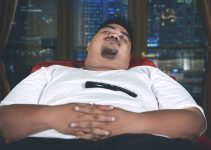 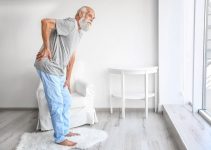 As an Amazon Associate I earn from qualifying purchases. Amazon and the Amazon logo are trademarks of Amazon.com, Inc. or its affiliates. Nothing on this site should be construed as medical advice. This website is for informational purposes only.

This website uses cookies to improve your experience while you navigate through the website. Out of these, the cookies that are categorized as necessary are stored on your browser as they are essential for the working of basic functionalities of the website. We also use third-party cookies that help us analyze and understand how you use this website. These cookies will be stored in your browser only with your consent. You also have the option to opt-out of these cookies. But opting out of some of these cookies may affect your browsing experience.
Necessary Always Enabled
Necessary cookies are absolutely essential for the website to function properly. This category only includes cookies that ensures basic functionalities and security features of the website. These cookies do not store any personal information.
Non-necessary
Any cookies that may not be particularly necessary for the website to function and is used specifically to collect user personal data via analytics, ads, other embedded contents are termed as non-necessary cookies. It is mandatory to procure user consent prior to running these cookies on your website.
SAVE & ACCEPT